Boyce Avenue, currently the most viewed independent band in the world.

Boyce Avenue, you may recognize them for their covers songs on YouTube! Couple years ago the three brothers from Florida, Alejandro (lead vocals, guitar, piano), Fabian (guitar, backing vocals) and Daniel Manzano (Bass, Percussion, Backing Vocals)  started posting videos on YouTube, performing their own songs as well as some of their favorite songs by other popular artists. They are popular for its strong acoustic roots and melodic rock sound. The band was formed in the  year  2004.

In just over a few short years Boyce Avenue has amassed a worldwide following. The videos on YouTube began to resonate instantly with YouTube amassed over 100,000,000 views and 3,793,532 subscribers. They now are the most viewed independent band in the world. Currently, the band runs its own independent label, 3 Peace Records, and is recording their second full length album to be released in 2013.

Meanwhile they also have been touring worldwide, USA, Canada, Europe, Asia, Australia and South-America. Over the years, we watch them grow and achieve their goals. And we really think, some of their covers are better than the originals. A couple years ago, we had the chance to see them live performing in Amsterdam. And we can say, they were incredible! Make sure to check their vids, you will be amazed like we did.

Picture below : Concert at Melkweg in Amsterdam 2011 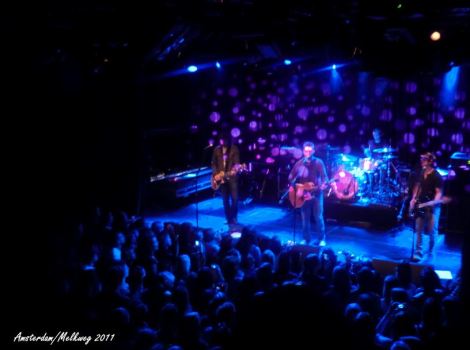