Abu Dhabi, the largest of the seven emirates, the capital and the second most populair city of the United Arab Emirates.

At the age of 4 our very first big trip outside europe was to Indonesia. But we had to transfer in Abu Dhabi first. Of course we can’t remember the couple of hours that we spend at the airport, way too long ago, but that was the first time we set foot at Abu Dhabi ground haha. Luckly our parents made a lot of pictures and film back then. Now years later we had the chance to visit this beautiful city.

Abu Dhabi literally means “Father of the Gazelle”. And has the biggest amount of oil from all the emirates. If you ever plan to go to U.A.E,  you shouldn’t only go to Dubai but Abu Dhabi as well. Sometimes people forget to visit the capital because Dubai is very popular among tourist, but in Abu Dhabi you will definitely find some great sightseeing’s too. Btw, have you seen the movie Fast and the Furious 7? Then you will know there are lot of amazing buildings like the Etihad towers and the Emirates Palace Hotel.

From all the travels we already did, this was our third time we choosed to be guided. Our guide Sameh (who is a real emirati) from the Private Tour told us all about the history, economic, religion and life in the U.A.E. Which we found very interesting! He was such a friendly, attentive and  knowledgeable guide. And we really had a good laugh with him, cause he has the same sense of humor like us haha. Glad we met him! So, whenever you consider to use the service of Private Tour, either for Dubai or Abu Dhabi ask for Sameh or Shah (only in dubai).

Some of our favorite attractions:

Is the major sightseeing attraction in Abu Dhabi. It’s the biggest mosque in U.A.E and it was opened in 2007. It can accommodate 40.000 worshipers at any time. Make sure to hold on to the dress code.

A 5 star luxury hotel, where you can find a “gold to go” ATM haha. Every where you look, you see gold!

First world Ferrari theme park. This is a must if you love cars and roller coaster rides.

And a lot more!

Note: Don’t forget to buy some dates at a souk if you are in Abu Dhabi! They are so Yum!

Here some pictures from Abu Dhabi : 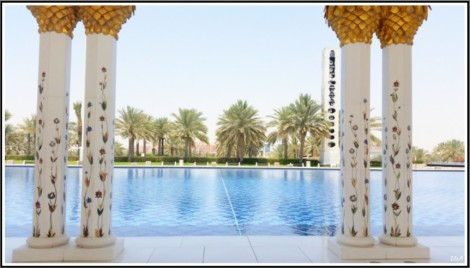 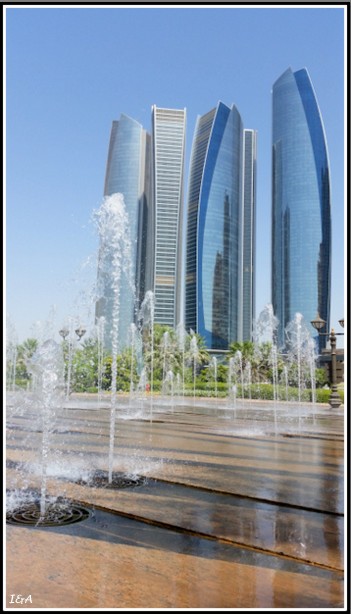 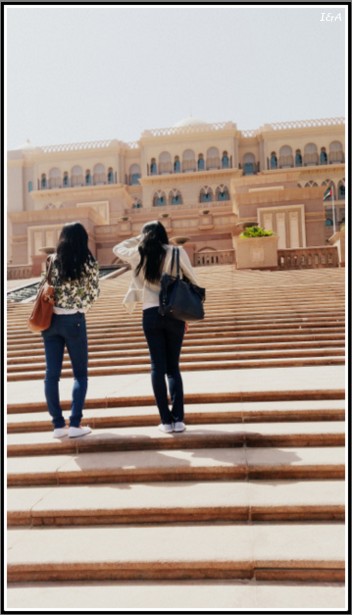